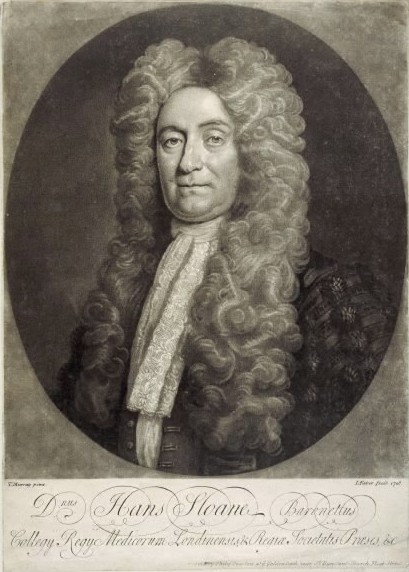 One part of researching for a story is not including every detail you dig up. I’ve begun working on an idea for a novel, which includes researching angles for the professions of one of the characters. Originally, I was going to have this character work for the British Museum, but this angle fell through with further research. I could not find enough information on employees of the Museum throughout the Victorian era, but I was able to piece together a general history of the great institution. I do not want this research to go to waste, so I will share about the British Museum, here. However, I will only share through the nineteenth century, as that has been the primary focus of my research.

In 1753, a fellow named Sir Hans Sloane passed away. He granted to the king at the time, George II, a collection of rarities and oddities. Sir Sloane had amassed the collection over the span of his lifetime, which totaled at 71,000 objects when he died. His collection included books, rare manuscripts, coins, paintings, prints, and even dead animals, or “natural specimen.”

Collections of other great men were integrated into the original collection. This included the collections of Robert Haley, 1st Earl of Oxford, and Sir Robert Cotton.  Parliament passed an act on June 7, 1753, which established the British Museum. However, the museum itself did not open to the public until January 15, 1759.

Montagu House was the original home of the Museum, and remained open to any and all with an inquisitive mind. Admission was free, and so quite a few came to pass through the doors. However, the original building that houses the Museum was constructed from 1823 to 1852. This building was designed in the Greek Revival style by Sir Robert Smirke on the site of Montagu House.

However, it wasn’t until the nineteenth century that the Museum gained true notoriety, arguably. This increase in notoriety came with acquisitions that gained great press and interest from the public. The Rosetta Stone was included into the collection in 1802 and statues from the Parthenon found their way into the collection in 1816. George IV gifted the King’s Library in 1823, which launched the construction of additional buildings.

By 1857, both the quadrangular building, which housed the King’s Library, and the Reading Room had been constructed to hold the expanding collection. In the 1880s, the Natural History Museum was established when the natural history collections were removed to a building in South Kensington.

The Museum became greatly involved in archaeological expeditions. Its Assyrian collections were the result of such expeditions, which created an understanding of cuneiform. The Rosetta Stone also had the same effect in understanding Egyptian hieroglyphs.

It’s active participation and increasing collection made the British Museum a center of Victorian society and culture. Droves came to the Museum to view the collections, ranging from the historical, to the natural, to the curious. Those from all tiers of society mingled together within the walls of the Museum for lectures, displays, and popular guides written specifically for the collections. The Museum grew as the nineteenth century wore on, and continued to grow into the national landmark and treasure that stands today.

2 thoughts on “The British Museum”