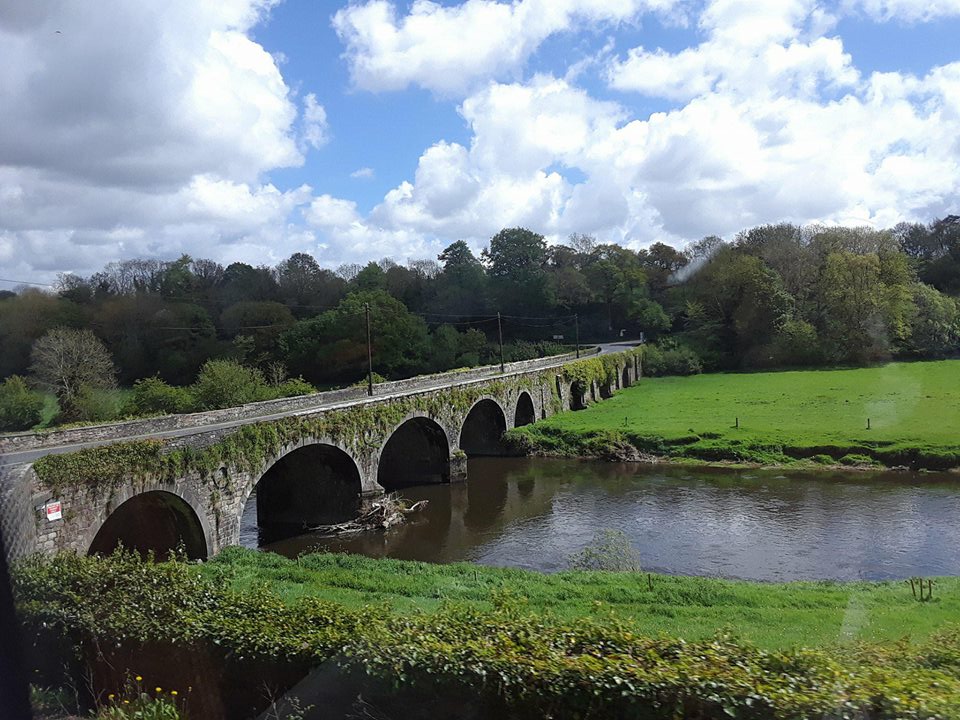 Day #3 in Ireland really spurred my excitement. I’d been on Irish soil for two days, and I had already seen so much. I had visited Trinity College to see the Book of Kells, the James Joyce Tower, and the eerie site of Glendalough (which had my imagination spinning with possibilities for stories). But one thing I’d yet to see was a castle. Even though there is a castle in Dublin, I couldn’t find the time to head over when there was so much else to see and do. But I finally had my chance after leaving Dublin behind me for Kilkenny City.

Kilkenny City is home to Ireland’s “Medieval Mile,” where sites like St. Canice’s Cathedral and Round Tower, Rothe House, and Kilkenny Castle stand. Kilkenny is also known as the “marble city” and its inhabitants as “Cats,” which I found odd and amusing. I found this city to be preferable to Dublin, because there seemed to be more history packed within a closer vicinity. Now, I could be wrong, but this is simply my impression. I might just think this, because I finally got to see a castle!

Kilkenny Castle was another gem on this trip, and for a very obscure reason. Now, please bear with my short rant ahead: I have a strange fascination with Anne Boleyn. I am curious about anything and everything about her life in the faint hopes of discovering why her life ended with her head laying on an executioner’s block. Of course, this question has baffled historians for centuries. I, an obscure story writer, will likely never discover the truth. Still, it won’t dissuade me from basically stalking the dead Anne Boleyn. *end rant*

That said, Anne Boleyn almost married into the Butler family, who owned Kilkenny Castle! This was all I could think as I walked through the halls and rooms in the castle. I thought of the land dispute between Thomas Boleyn and Piers Butler. A little history, real quickly. Thomas Butler, 7th Earl of Ormond, died in August of 1515 without an heir. The families of his two daughters, the Boleyns and the St. Legers, were in dispute over who should hold the title, estate, and lands. Henry VIII decided a solution was to have Thomas Boleyn’s daughter, Anne Boleyn, marry Piers Butler’s son, James Butler. 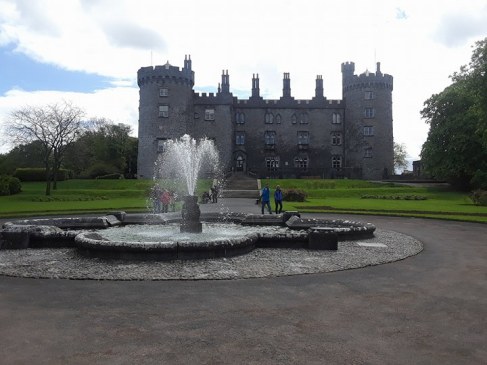 View of Kilkenny Castle from the gardens.

View outside a window in Kilkenny Castle. Roses bloom in the rose gardens in the summer. Sadly, it was only May. Too soon for roses. 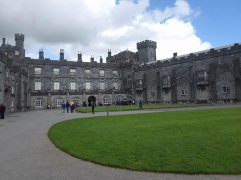 Kilkenny Castle, seat of the Butler family for many centuries.

Wedding plans were underway by 1520. Anne was brought back from France, where she was serving as a lady-in-waiting to Queen Claude of France, for the marriage. However, Anne never married James Butler, rather catching the eye of Henry VIII, and the rest is history. Eventually, an agreement was reached, with Thomas Boleyn getting the title and Piers Butler maintaining the Ormond lands and the earldom of Ossory. However, the title was returned to Piers Butler in 1538, two years after Anne Boleyn lay her head down on an executioner’s block. James Butler, once Anne Boleyn’s intended fiancé, inherited the title shortly after his father’s death. 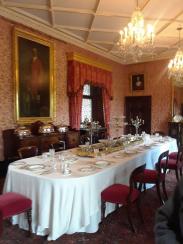 Bedchamber for the lord of the castle. 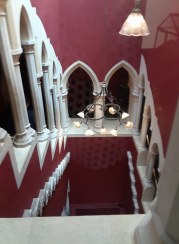 Stairwell in the castle inspired by Oriental architecture.

After this, my day slid into relative ease. I stopped to see the Rock of Cashel from a distance, which is supposedly the site St. Patrick converted the King of Munster. This conversion took place in the fifth century. The Rock of Cashel was the seat of the kings of Munster before the Norman invasion. However, despite its age and history, few of the original buildings survive on the site. Most of the structures date back to the twelfth and thirteenth centuries. 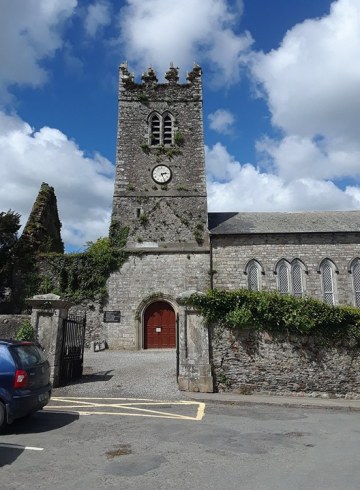 Bridge not far outside Inistioge.

The Rock of Cashel was a beautiful sight to behold. If Kilkenny Castle was the main course, the Rock of Cashel was desert. I also visited the small town of Inistioge, which I couldn’t see much of as it was a stop along the way to Cork City. Inistioge, however, was rather interesting. I met an owner of a consignment shop from the United States, and can you imagine my surprise on hearing an American accent! She was lovely in talking about her history and how she’d come to arrive in a small village in Ireland. I bought a few trinkets from her to remember my thirty minutes in Inistioge–as well as Kilkenny Castle and the Rock of Cashel. It was a good end to the day.

Please read about my first day in Ireland!

Please read my post about my second day in Ireland!

Please return next week to read about Day 4 in Ireland! This post will go live Saturday, June 16th at 1pm.

Please like and share. And please (I promise, this is my last “please”), drop any comments or questions below! I love talking to readers. 🙂

One thought on “The Enduring Writer in Ireland, Part 3”