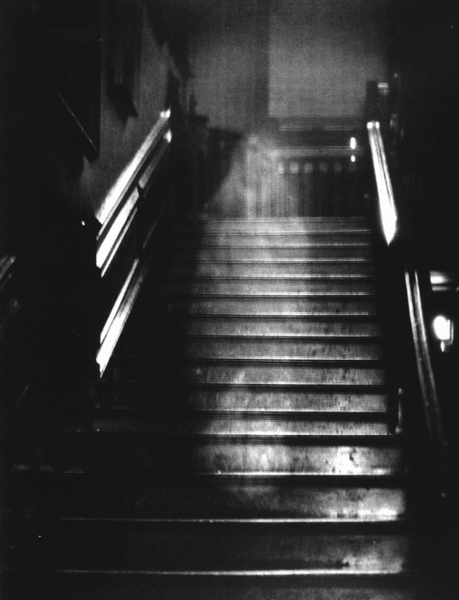 Who’s the Brown Lady of Raynham Hall? Legend says she’s the ghost of Lady Dorothy Walpole, who was the sister of the first Prime Minister of Britain, Robert Walpole. She was the wife of Charles Townshend, but problems were prevalent in their marriage. Charles had a heavy hand, and he was not shy about slapping his wife around. When he discovered his wife having an affair with a Lord Wharton, he punished her by imprisoning her in Raynham Hall. However, another theory exists that she was imprisoned by the Countess of Wharton for sleeping with her husband. She was kept at Raynham Hall until she died of smallpox in 1726.

However, she didn’t start to haunt Raynham Hall immediately. It took more than a century for her specter to begin to appear in the halls and corridors of the grand estate. On Christmas of 1835, Lucia C. Stone recorded that Lord Charles Townshend invited guests to Raynham Hall for the holiday. Two of these guests, a Colonel Loftus and Hawkins, claimed to have seen a “Brown Lady” during their stay. They spotted the “Brown Lady” while on their way to their bedrooms, noting a woman in an outdated brown dress. The next night, the Colonel claimed to have seen her again, taking note of her eyes. Her eyes, he claimed, were empty eye sockets that glowed. His reports caused many staff members to resign from their service at Raynham Hall.

Another claimed to have seen the Brown Lady in 1836. Captain Frederick Marryat was the friend of Charles Dickens and himself the author of popular seafaring novels. He asked to stay in the haunted room to prove a theory: local smugglers faked the haunting to scare people from the area. However, this happened to not be the case.

Captain Marryat slept in the haunted room with a revolver under his pillow. He slept there for two nights, but saw nothing. On the third night, Marryat heard a knock on the door. He opened the door to find… the two nephews of his host, who requested he come to their rooms to inspect a newly purchased gun. Captain Marryat went with the young men, but took his revolver with him, joking that it was, “in case you meet the Brown Lady.” Nervous, perhaps?

The three men strode down a long and dark hall as they made their way, but lamplight further along caused the men to take pause. One of the younger men claimed it was one of the ladies going to visit the nurseries. These men were in a state of half-dress, in nothing but their shirts and trousers. In gentlemanly modesty, the three decided to hide in the doorframes of opposing bedrooms to conceal themselves from the lady until she passed.

The men waited for the woman to pass, but as she came nearer and nearer… Captain Marryat recognize some of the lady’s features. She wore a brown, outdated dress. He held out his revolver, about ready to demand why the figure was there, when the Brown Lady stopped before him of her own volition. She greeted him with a shadowy and malicious smile, to which Captain Marryat’s response was to shoot her in the face. Honestly, why would you shoot a ghost in the face?

Legend has it that the ghost disappeared on the spot as the bullet passed through the corridor and lodged into a panel of a door. Never again did Captain Marryat tempt fate with the Brown Lady.

The next sighting happened in 1926 when Lady Townshend claimed her son and his friend spotted the ghost on the staircase. On this very staircase, the Brown Lady was spotted again a decade later when in 1936 Country Life Magazine was featuring Raynham Hall for an article. Captain Hubert C. Provand, a photographer from London, was taking photographs for the article with assistance from an Indre Shira. Both claimed to have taken photographs of the main staircase, when setting up for a second round, Shira saw the misty form of a woman begin to appear. She was moving towards them, down the stairs. Provand removed the cap from the lens, under Shira’s orders, while Shira took what would become the famous photograph of the Brown Lady of Raynham Hall.

Provand and Shira’s account was published in Country Life magazine and Life magazine, along with the photograph. Many paranormal investigators have since accepted the photograph as convincing proof of ghosts and the afterlife. However, many skeptics have claimed otherwise. One theory is that Shira rubbed grease onto the photograph to get the misty effect of the infamous form. Another claim is that it is accidental double exposure or that light slipped into the camera.

Most interestingly, one theory states that the lady in the photograph looks similar to the iconic image of the Virgin Mary. Supposedly, the light patch on the bottom part of the image shows an inverted “V” shape, which is similar to the outer garment worn by the Virgin Mary. Additionally, the head is covered and the hands in prayer, with a probable pedestal visible in the misty form. This could be a superimposition of a Virgin Mary statue onto the staircase.

Whatever the case, the legend stands as an entertaining story. And the photograph, well, I’ll let you determine that in the comments. What do you think? Fact? Fake?